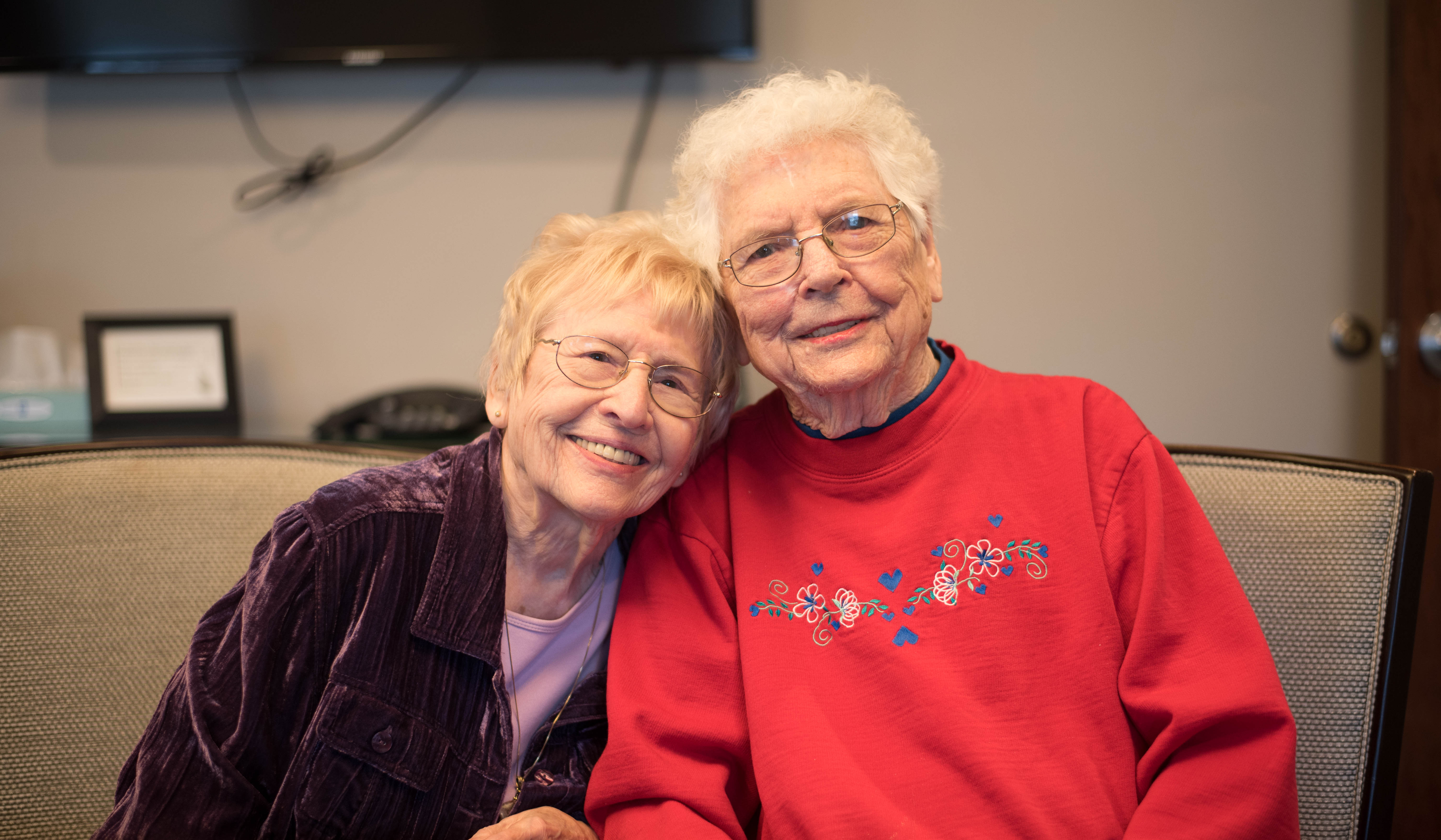 The gift of friendship: Marge and Carol

During the COVID-19 pandemic, we want to share uplifting, heartwarming stories about the amazing residents and team members at Walker Methodist. We hope Marge and Carol's friendship will bring a smile to your face.

Between 1949 and 1952, friends Marge and Carol went everywhere together, usually walking: to their teaching jobs, to Carl’s Café where they’d meet other teachers for dinner, and to the home where they were roommates.

Even when Marge got a car, affectionately named Julie, the pair was inseparable.

Before moving to Anoka, Marge and Carol didn’t know each other. Starting new jobs as teachers, in grade school and junior high school, respectively, they ended up roommates and shared a house with a widow and her two young children.

The most surprising part of their friendship? After sharing one double bed, one closet, and one dresser for four years, Marge and Carol are still friends today—and they both live at Walker Methodist Plaza.

“Isn’t it ironic? It was destined our paths would cross forever,” said Carol. “We’ve been very blessed.”

When they were roommates nearly 70 years ago, Marge and Carol visited each other’s families in their hometowns. They developed a close relationship with their landlady and her children, whom they still are in contact with today. Bonding over a shared passion for bridge, they started a club with other friends.

It was no surprise that when Carol got married in 1952, Marge was in her wedding. Then, their families frequented cabins on connecting lakes. And, a few years later, Marge’s family moved five doors down from Carol and her husband, Rolland. “We’ve done a lot of life together,” said Marge. “We even learned how to play golf together—but we had to take lessons.”

Decades later, Marge and Carol find themselves neighbors once again, this time at Plaza. In their new community, they’ve enjoyed meeting new friends, as well as participating in activities and programs.

Their bridge club disbanded in 2019 after 67 years, but Marge and Carol often play on Friday nights.