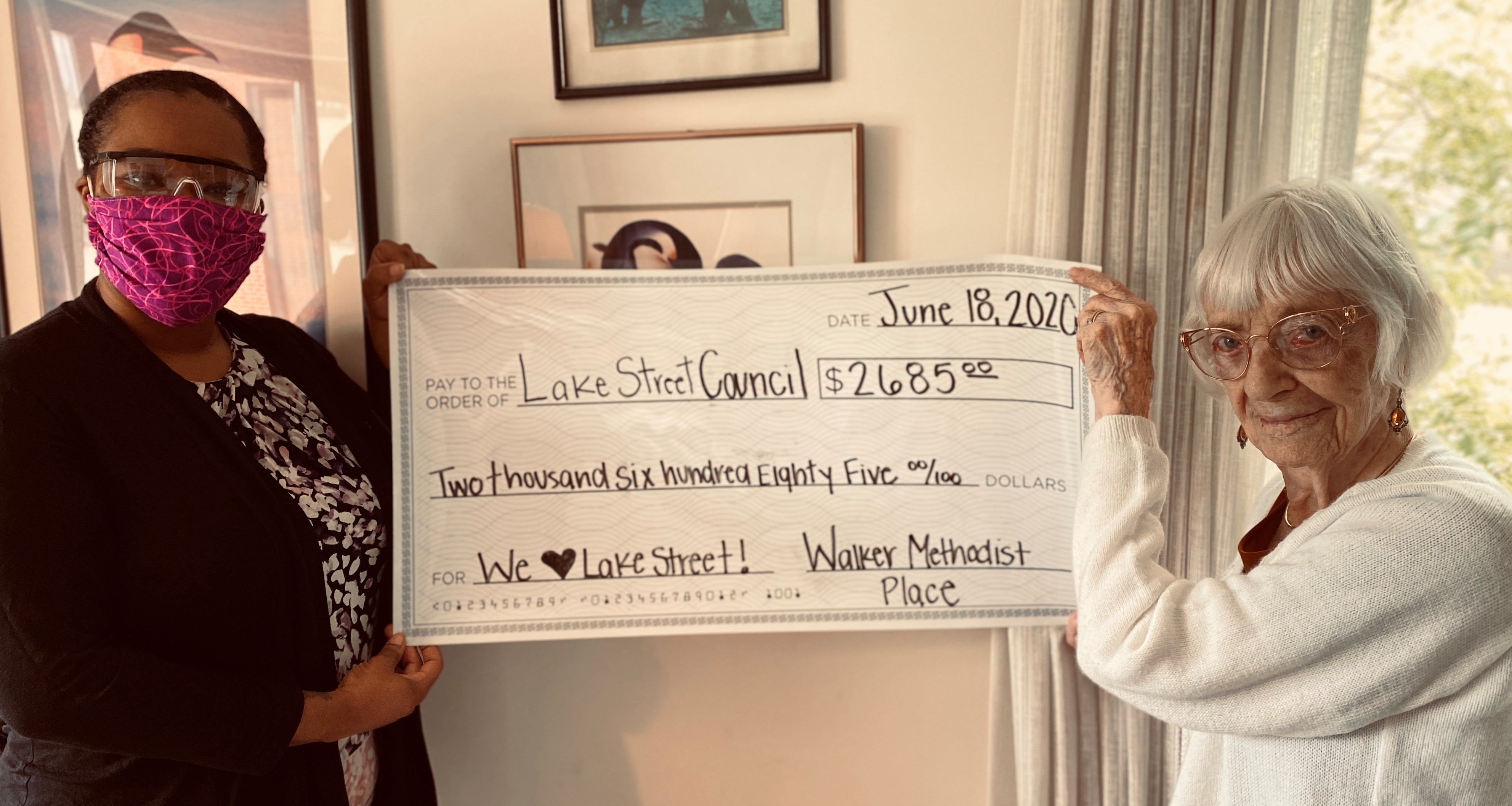 In the East Harriet neighborhood of Minneapolis, 105 residents call Walker Methodist Place home—most have lived in the area for years, if not decades and generations. So when protests and unrest followed the killing of Mr. George Floyd less than two miles from Place, residents were passionate about supporting their community.

As Carrie Zak, director of sales and marketing, and Lakia Gordon, resident services manager, talked with residents they learned most people weren’t sure how to engage while also staying safe during the COVID-19 pandemic. “They didn’t know what to do or how to do it,” said Lakia. “We’ve heard stories of how our residents participated in the civil rights movement, but now they weren’t able to march or help clean up.”

To empower residents to respond to the pain and need around them, Lakia and Carrie brought an opportunity to their doorsteps instead. They hosted a fundraiser for the We Love Lake Street campaign through the Lake Street Council, a fund that supports affected small businesses and organizations. After putting flyers on residents’ doors, Lakia and Carrie planned to see what would happen in a week. The response amazed them: residents raised $2,685.

Along with monetary donations, Carrie and Lakia also received paper products and canned goods for a local donation drive. “Residents were thrilled to be able to do something and be part of making a difference. They took a hard situation and turned it into something wonderful,” Carrie said. “I’ve never seen a community like this. These people and the loyalty they have to their community are remarkable.”

Residents like Grace considered donating an important way to show solidarity with the people of Minneapolis. “At first I wasn’t sure what to do,” she commented. “I wanted to protest but wasn’t able to do that, so that’s why I gave.”

For team members and friends who know and love the residents of Place, their generosity came as no surprise. This community has been giving back long before June 2020. In fact, residents have sponsored and donated to blood drives for years. More recently, they’ve also been working to start a resident-led social justice group.

The residents of Walker Methodist Place know community is powerful and that every contribution, big or small, makes a difference. And if a need arises for people or places they love, they lead by example by pairing their compassion with action. When Sandy, a resident of Place, heard how much she and her neighbors raised for the We Love Lake Street campaign, she had a simple response: “The community coming together feels good. I love Minneapolis.” 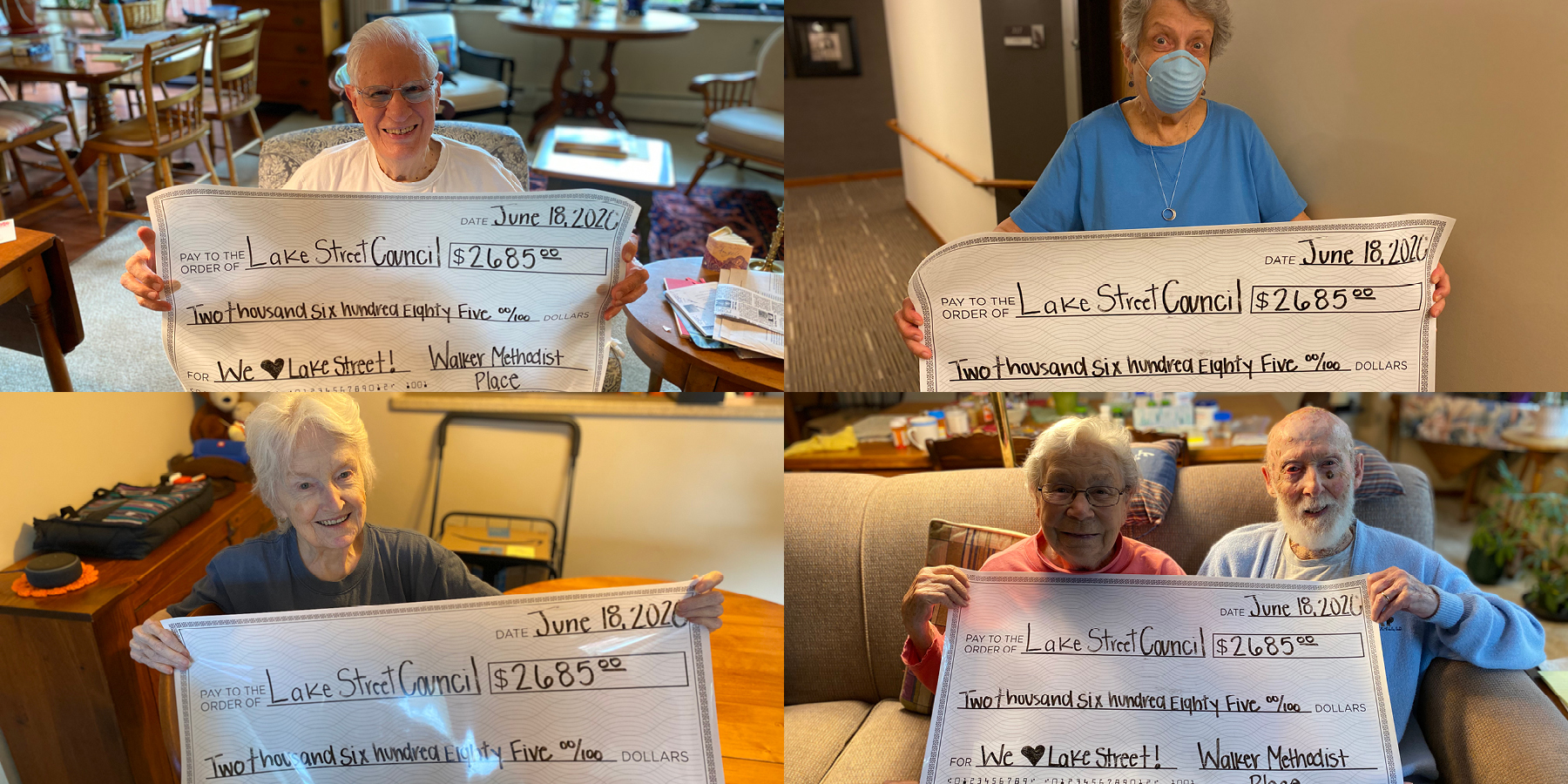