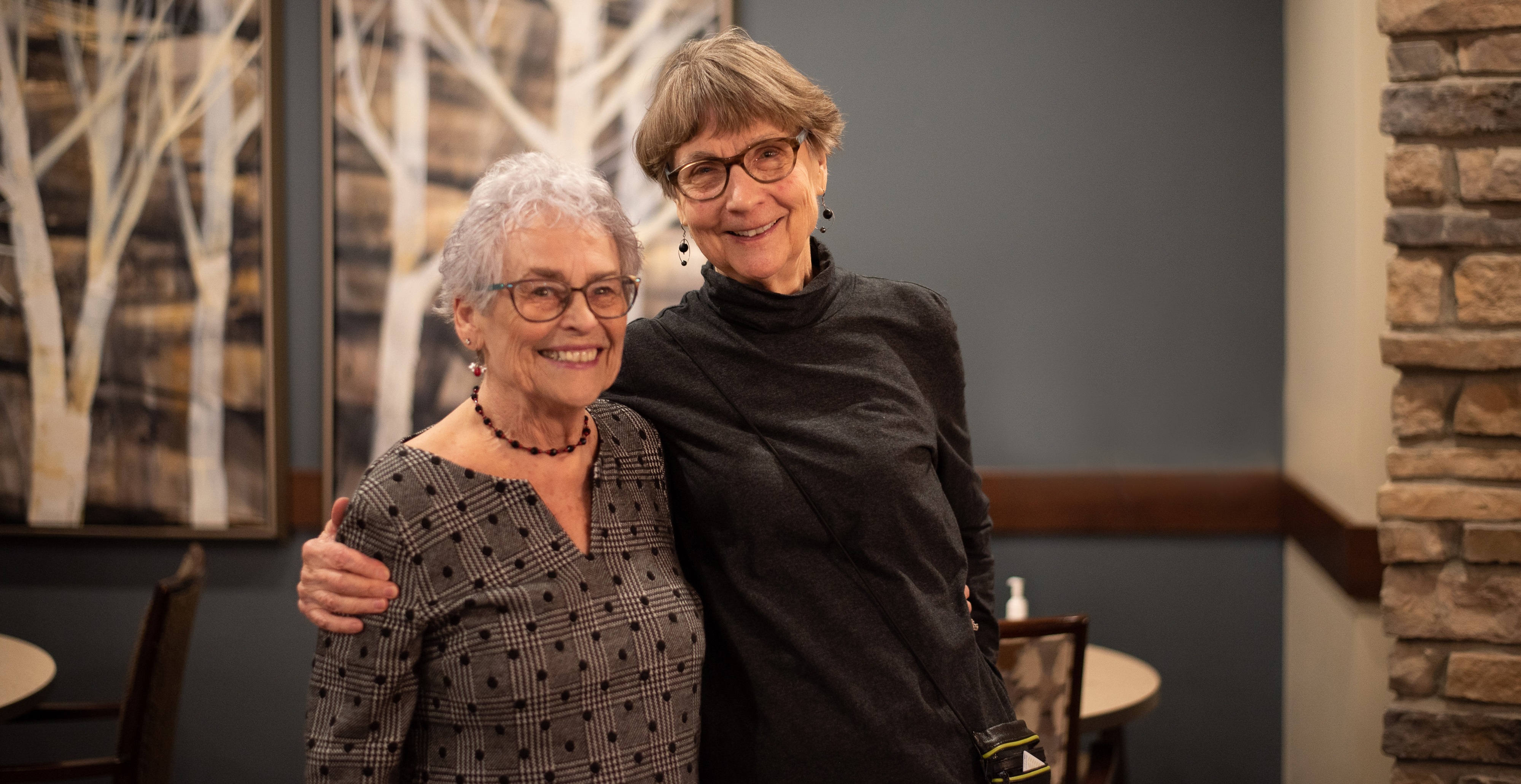 At their lunch table, Evelyn and Jo laugh at inside jokes, share memories, and discuss current events. If you were at the table, you might guess these two women met before becoming neighbors at Walker Methodist Place. And, you’d be correct—Jo and Evelyn have known each other for decades (six decades and three years, to be exact).

From 1957 to 1960, they studied nursing with 60 other students at the University of Minnesota. Jo completed pre-nursing classes at the U of M and Evelyn at Gustavus Adolphus, but they graduated together in March 1960.

The rigorous three-year program offered one week of break the September of senior year, which Jo and three other classmates used to get married. As students, Jo and Evelyn worked in the teaching hospital associated with Fairview Southdale. “We saw all kinds of cases,” said Evelyn. “We were young, but we learned by seeing so many serious things.”

After a difficult day, classmates gathered to share experiences. Both Jo and Evelyn credit processing with others as formational to learning and important for emotional health. “We were family to each other,” Jo reflected. “We stuck together and helped each other through.”

Students spent most of their time together, and living on campus all three years created a tight bond among classmates. Between clinical and work, they found time for fun. Laughter, late nights, pranks—standard college experiences.

Evelyn worked as a nurse at a Jewish girl’s summer camp in New Hampshire, where another former classmate worked at the adjoining boy’s camp. She worked in the Twin Cities’ first special care unit, a predecessor of today’s intensive care units. After working in pediatrics and child development, she served for five years as a school nurse.

Between the two of them, Jo and Evelyn have a wealth of knowledge and the experience to go with it. Both women gave tips for younger nurses, though Jo noted with a smile that their advice is for anyone. “Ask questions. Ask yourself why you’re doing what you’re doing,” said Jo. “Be curious. You’ll learn a lot more that way, instead of letting life pass you by.” Evelyn said, ”When you interact with people in hard situations, do your best, listen, and go on to do the next thing.”

For Jo and Evelyn, the “next thing” bringing them closer to being neighbors was a book club, started by Jo in 2000. They kept in touch, and when Jo came to Walker Place to be near one of her daughters, Evelyn came to visit. She admired the accommodation for her needs, so a few years ago she decided to move in to her new home.

Looking back on their lives and careers, Evelyn and Jo never imagined they’d go from nursing school classmates to neighbors—but here they are. Taking a sip of coffee, Evelyn said, “Remember: everyone has a story.”