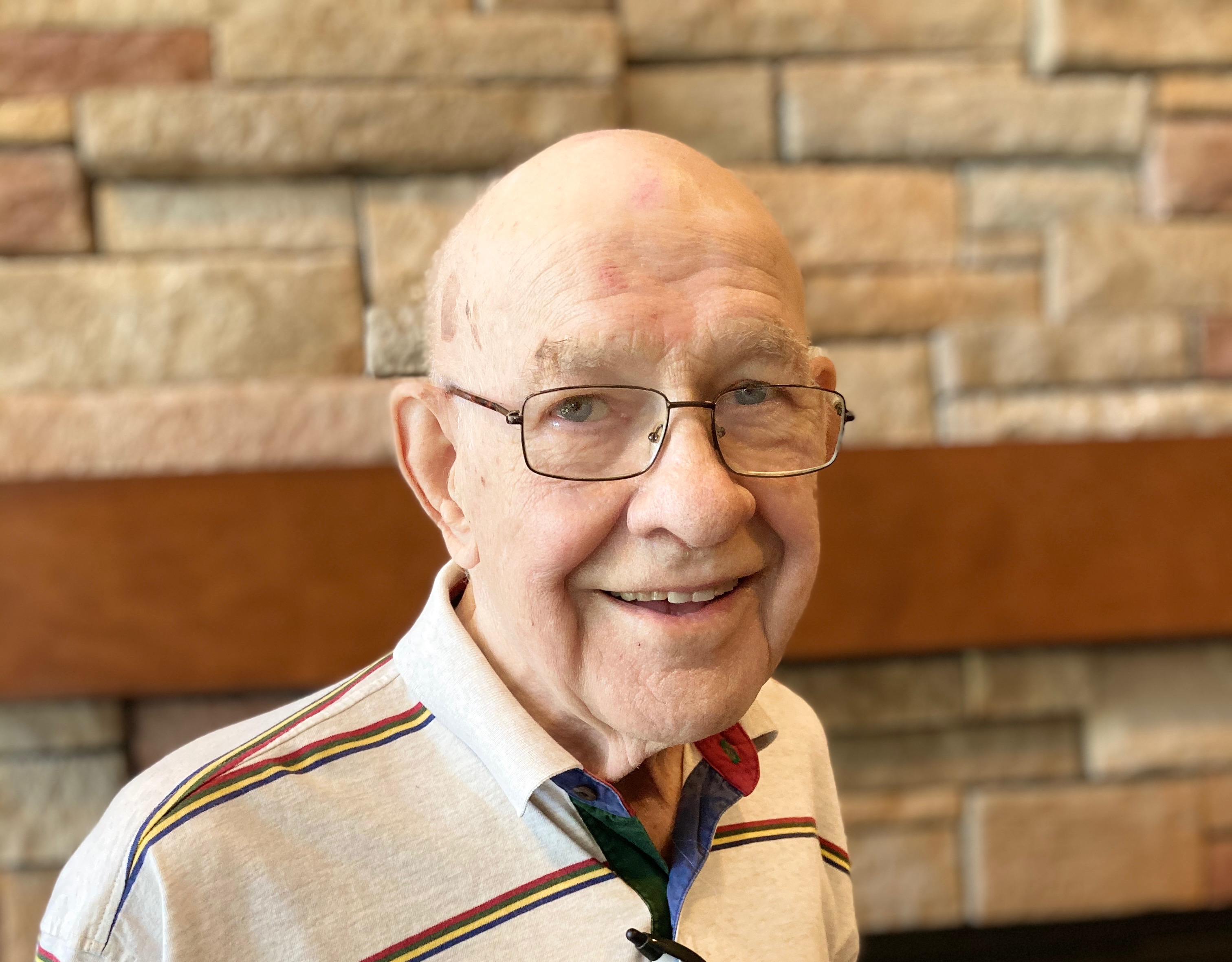 Meet the man behind the Hobey Baker award: Chuck Bard

In 2019, Chuck Bard was Walker Methodist Highview Hill’s beanbag toss champion. First, he won the resident portion of the competition. Then, to claim his ultimate victory, Chuck played against the winner of the team members’ competition: Highview Hill’s fitness technician. More than 60 years in age difference couldn’t stop Chuck… Sports have been part of his life since the very beginning.

In 1936 at the age of 10, Chuck won the Minneapolis Park Board Singles and Doubles Junior Championship in horseshoes. The same year, he was the pitcher when his team won the Minneapolis Park Board Junior Softball Championship. Chuck played football, basketball, and baseball in high school. Around this time, hockey was becoming more and more popular but wasn’t a well-known sport in the Midwest yet. Most high schools—including Central High School in Minneapolis, where Chuck attended—didn’t have a team. By the time he went to Augsburg College, the university had a hockey team, but Chuck was just a spectator. Something about the sport—the sound of skates on ice, pucks sneaking past goalies, the intensity of games—changed Chuck from spectator to fan.

As time went on and hockey grew more popular, Chuck noticed there weren’t many awards recognizing players. College football had the Heisman Award; basketball stars received the Wooden Award. But hockey, though strong in the east, didn’t receive coverage across the nation. Not until Chuck got involved, that is.

“I felt hockey was the one sport missing out on this type of award; it was sort of neglected,” Chuck said. “We wanted to find a way to promote hockey and its best players, the stars people didn’t hear much about.”

In 1981, Chuck was CEO of the Decathlon Athletic Club, which he also co-founded. As he talked with founders of other awards, he noticed a theme. “The Heisman Award was started by athletic clubs. I thought, ‘Why can’t the Decathlon club start an award for hockey?’” remembered Chuck. “The founder of the Wooden Award told me, ‘I can’t think of a better place to start a hockey award than Minnesota.’”

Chuck set out to find an athlete to name the award after. After reading the biographies of every hockey hall of fame player, he knew just who to pick. “Hobey Baker’s athleticism and hockey talent left me in awe,” Chuck explained. “He excelled in every sport, but athletes were only allowed to play two sports in his day. He was All-American in football and hockey. He was the first American hockey player to be named in the Canadian Hockey Hall of Fame.”

So, 40 years ago, the Hobey Baker Award was created to honor the top collegiate men’s hockey player. Chuck worked with his athletic director, John Justice, and communications director, Patti Riha, at the club to develop the program. Pepsi and Northwest Airlines were their first major sponsors, and Neil Broten of the 1980 U.S. Olympic team (famous for the “Miracle on Ice”) won the first award. Broten, who attended the inaugural banquet, drew a crowd to the Decathlon Athletic Club. Now, the Hobey Baker award is presented on ESPN during the Final Four Tournament.

“It’s brought a lot of attention to players, even from other players and families,” said Chuck. “It brings the community closer. It’s nice to see.”

Chuck’s days of playing sports competitively—besides beanbag toss and Wii bowling at Highview Hills—may be over, but his passion for sports hasn’t faded. And, thanks to his vision for founding the Hobey Baker Award, his passion is now part of his legacy.