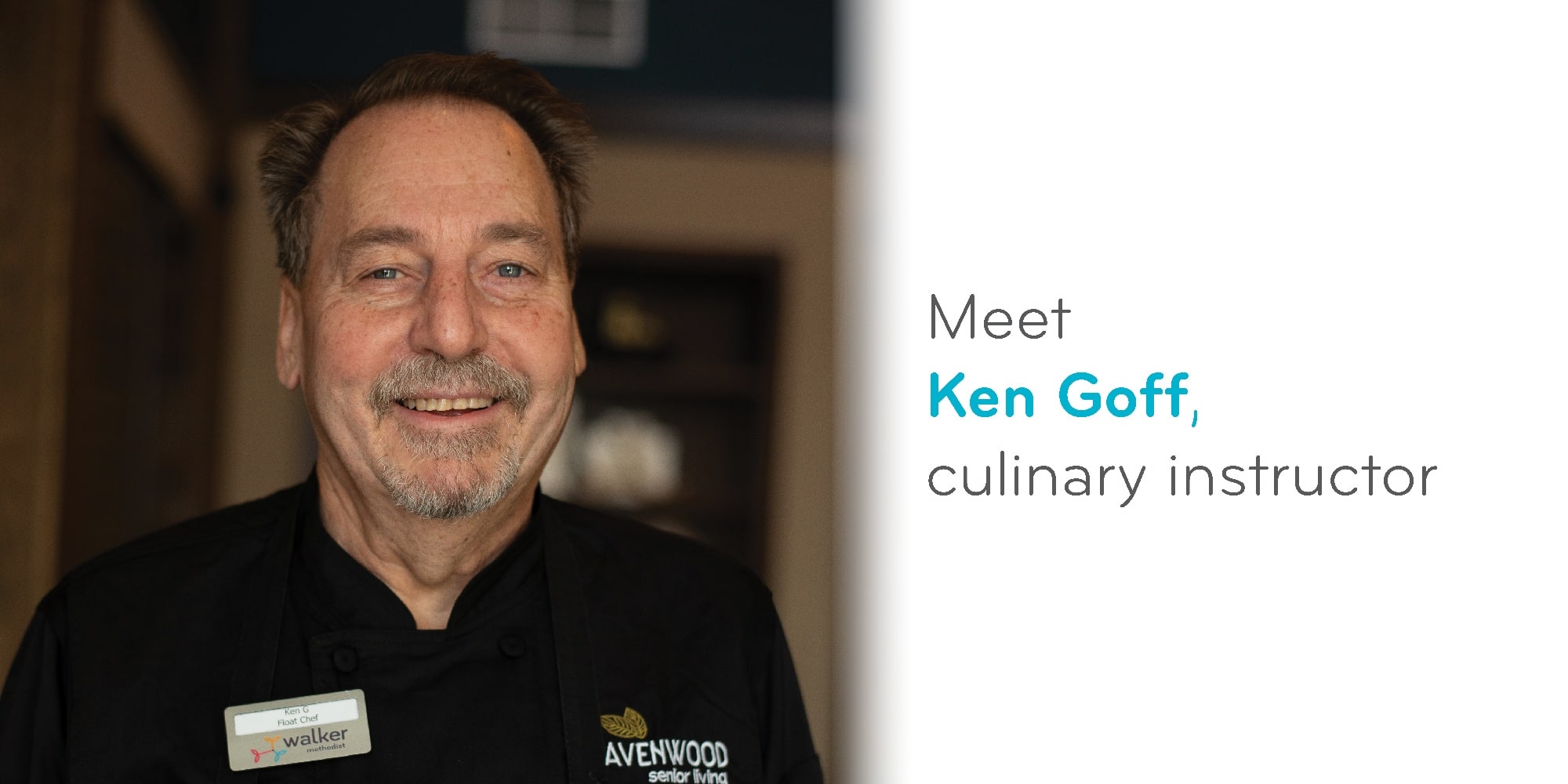 During the COVID-19 pandemic, we want to share uplifting, heartwarming stories about the amazing residents and team members at Walker Methodist. Team members like Ken are working tirelessly to serve residents. If you want to send them an encouraging note or give financially, please visit www.walkermethodist.org/wellwishes.

“I didn’t know it when I was young, but it’s in my DNA,” said Ken. “I can’t help it.” Ken’s mother, who had a degree in home economics and worked for the United States Department of Agriculture (USDA), was an amazing cook. Looking back, Ken’s path into his current role makes sense.

Decades ago, Ken worked as a bookkeeper for a small, local nonprofit but didn’t find fulfillment or joy in his work. He did enjoy cooking dinners for friends, though, describing himself as “incompetent but fearless and authentic.” These friends kept suggesting Ken should think about becoming a chef, and soon he obliged. With no experience yet eager to learn, he enrolled in the culinary program at the Saint Paul College. “It was one of the best years of my life,” said Ken, “and I became even more interested in the field.” He continued his education at Le Cordon Bleu College of Culinary Arts.

“For seniors, mealtimes take on added importance. Many are living their lives in a world that gets a little smaller,” said Ken. “So, I try to contribute something good in what is a big part of that world.”

Ken is considered one of the primary developers of the modern upper Midwest cuisine. He’s built a network of local producers and food suppliers, working with organizations such as the Minnesota Wild Rice Council and Slow Food Minnesota.

As culinary instructor, Ken has a knack for creating menus and recipes that serve the needs and wants of residents. He’s passionate about investing in others by making the professional more professional and contributing to the growing field of senior healthcare.

When he’s not working, Ken spends time golfing, watching foreign and independent movies, and traveling. Ken is a member and frequent visitor at the Walker Art Center and Minneapolis Institute of Art. He loves cooking for family and friends and has been a wine collector since 1977.