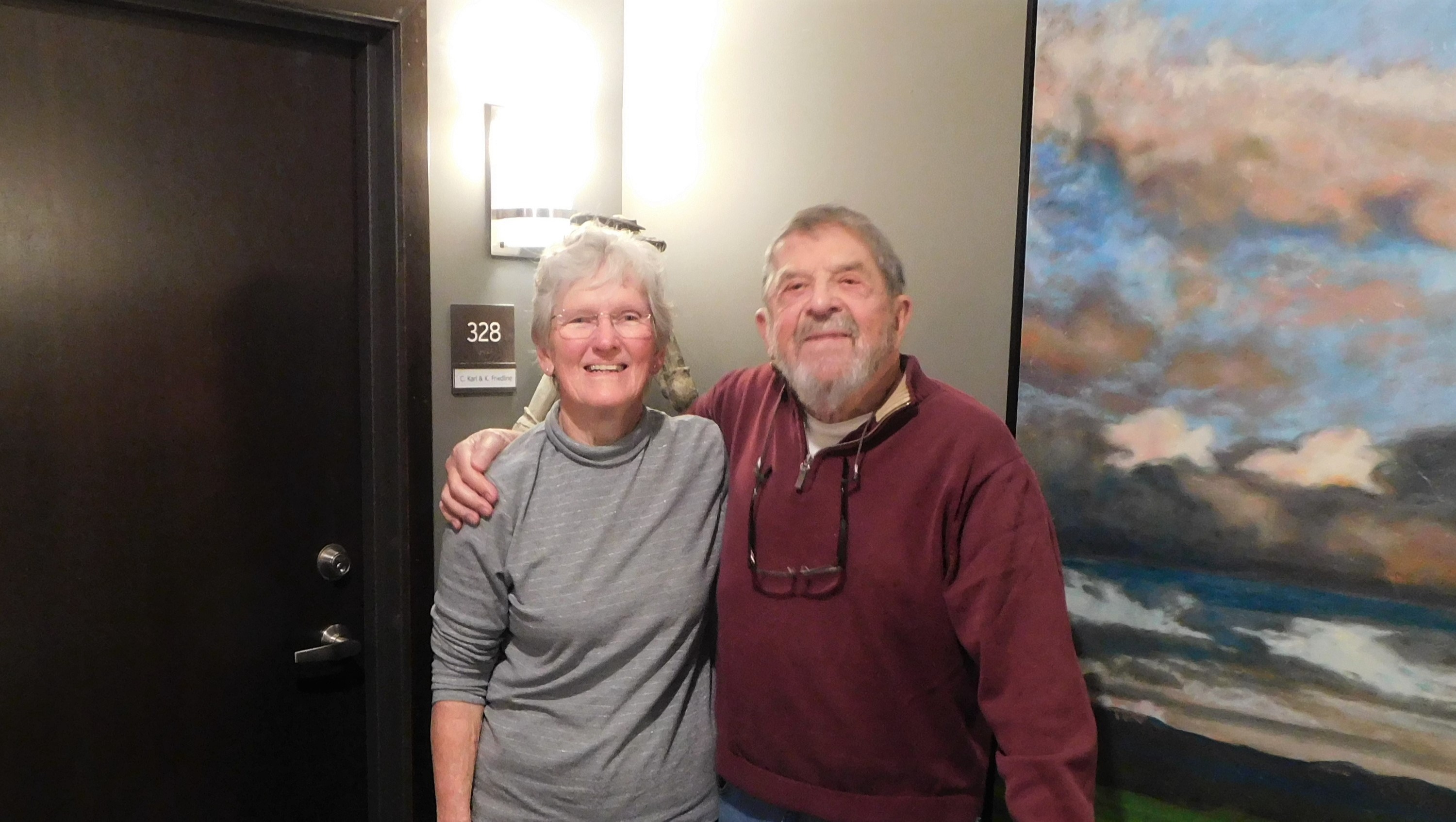 From New Zealand to Onalaska: Carolyn and Karl’s story

Karl Friedline and Carolyn Karl’s story started long before they celebrated Hawaiian Luau Day together at Havenwood of Onalaska. They first met in New Zealand, on a ferry to a small, local sheep farm.

In March 2000, Carolyn and her husband, Joe, were on a Grand Circle Tour of Australia and New Zealand. Karl and his wife, Marcia, were on the same trip. Since Carolyn and Joe were traveling with five couples from their church, they spent most of their time with that group. But, on a rainy day waiting for time to pass on a ferry, the Friedlines and Karls ended up singing songs together. It was their way of making their own sunshine.

Several days later, they were in Fiji, about to begin their long journey home. On one of the last evenings of the trip, a large group gathered on the beach for a sing-a-long that went late into the night. The Friedlines and Karls connected again at the sing-a-long and, since they had so much in common, decided to stay in touch after returning home.

And both couples kept their promise! Karl and Marcia visited the Karls, who lived in Tennessee, on their road trips to Florida. Joe and Carolyn experienced Oktoberfest and saw the Dead Sea Scrolls with the Friedlines. The couples even had a time share together in Virginia.

When Marcia passed away in 2016, and Joe the following year, Karl and Carolyn consoled each other via phone calls. Then, in June 2018, Carolyn sold her home in Tennessee and moved to West Salem, Wisconsin, just a few miles from where Karl lived in La Crosse. For more than a year, Karl and Carolyn wore out the road between La Crosse and West Salem.

They eventually decided to move into a sweet little apartment home between La Crosse and West Salem. Carolyn and Karl moved to Havenwood of Onalaska in January 2020…. and the rest is history.