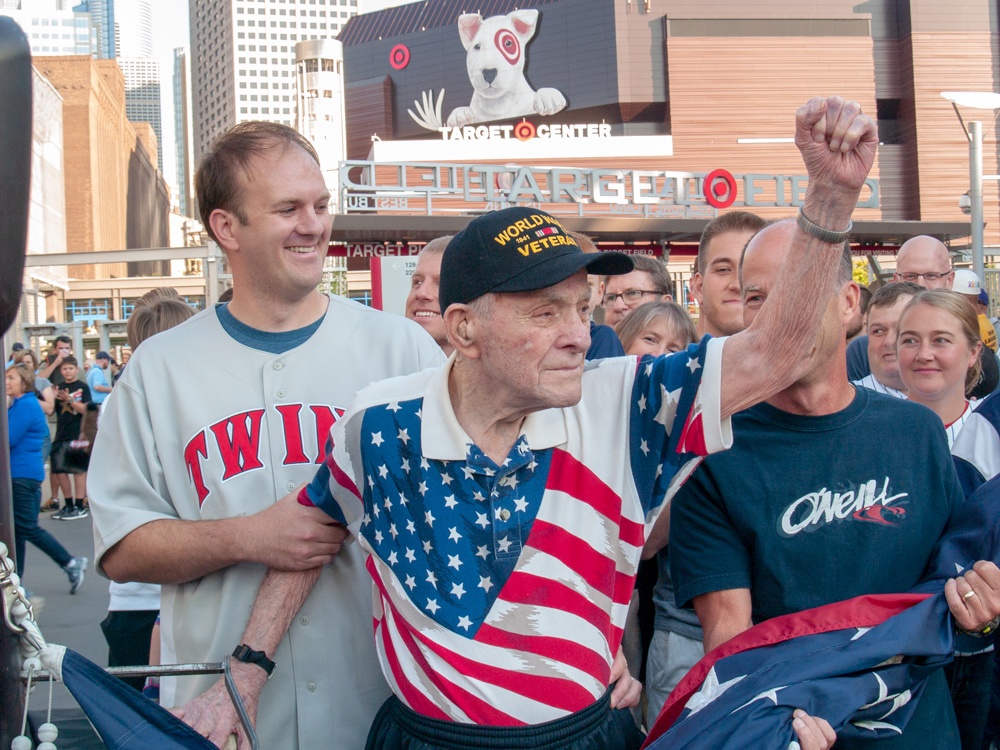 This year, 93-year-old Bill O’Neil was chosen for the honor of raising the flag before the September 8th game Minnesota Twins game against the Kansas City Royals.

Since 2010, crowds at Target Field have cheered on veterans and active-duty military men and women during the National Anthem at Twins games. It's become both a tradition and an honor. 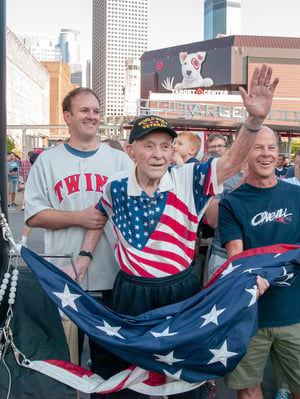 A resident at our Westwood Ridge community in West St. Paul, Bill O’Neil has inspired staff and other residents with his background. From 1944-1946, he was a crew member on the USS Talladega, a US Navy attack transport vessel that was part of the invasion of Iwo Jima. From February to March of 1945 he took part in that important battle of World War II, helping the 5th Marine Division evacuate wounded servicemen from the beach. He later moved on to help out in the Battle of Okinawa. He saw the end of the war in person, watching firsthand from the USS Missouri as Japan officially surrendered.

Following his military service, Bill enjoyed a career with the Milwaukee railroad, where he was able to put his skills as a telegrapher to good use. He married his high school sweetheart and settled down to raise their four children. A full 73 years later, Bill has an expanded family that includes 11 grandchildren. 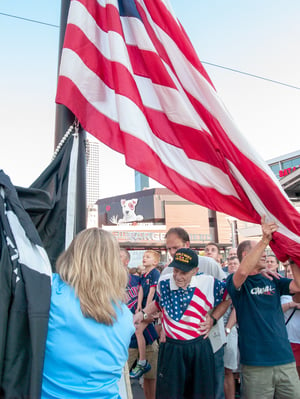 The September 8th flag-raising ceremony was an emotional one, as 39 family members watched Bill raise the flag. Among those attendees was Bill’s great-granddaughter, who was named after his late wife and high school sweetheart, Alice. Flag-raisers are nominated by Minnesota residents before each season. Prior to the National Anthem, the veteran is invited onto the field, thanked for their service, and invited to raise the flag while The Star-Spangled Banner is performed. Friends and family accompany the flag-raiser onto the field.

The flag-raising program is part of the Minnesota Twins’ commitment to honoring military service men and women, including donating more than 7,000 tickets to military families each year. In addition to the flag-raising ceremony, the Twins also invite entire National Guard units from across Minnesota to participate in a pre-game event highlighting their achievements. Veterans and their guests get half-price tickets on Military Mondays and are honored through a special celebration on Armed Forces Appreciation Day.to the field.

The Walker Methodist Westwood Ridge family was proud to watch their favorite military veteran help kick off the September 8th game. The tradition has become a treasured part of baseball season, and this year’s ceremony was a great way to finish off an exciting season. 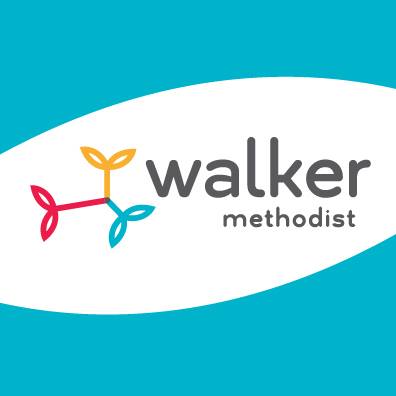